Patents include a variety of services dealing with smartphones and social networks. 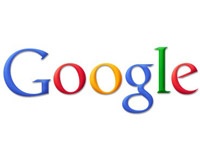 After acquiring Motorola Mobility and its entire patent base, Google added another 217 patents from IBM to its kitty. The fresh patents will help Google with several data services including email management, online calendars, and data sharing between devices. The latest move puts Google in a commanding position as it can now leverage the freshly acquired patents to develop new products and keep lawyers occupied with the inevitable surge of lawsuits.

Last year Google acquired 2000 patents from IBM, while the Motorola deal has given the search giant another 17,000 patents. Moreover, Google can now strengthen products such as Google+ that seem to be high on promise but low on results.