All your plastic bases are belong to us! 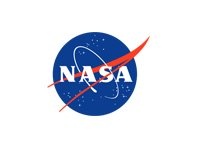 Only Kids cry about broken plastic guns, NASA on the other hand isn't stopping at just making 3D printed parts, rather it has gone all the way to make an entire Rocket engine.

"The engine firing generated a record of 20,000 pounds of thrust, manufactured using selective laser melting. This method built up layers of nickel-chromium alloy powder to make the complex, sub-scale injector with its 28 elements for channelling and mixing propellants. The part was similar in size to injectors that power small rocket engines", the press release claims.

If you didn't understand a thing, don't worry neither did we. It's just gleefully cool to see rockets firing. Check out the video below. For those with a boring scientific bent, hear it from NASA's very own poker-faced droopy-like mouth here.