The Nokia Asha 502 and Asha 503 can create a flutter if priced competitively. 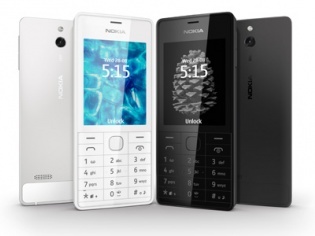 After launching the Nokia 515 feature phone, which claims to be an "ideal companion to a smartphone", Nokia is all set to expand its Asha feature phone series with new devices, Asha 502 and Asha 503. According to a Twitter post by EVLeaks, the Finnish manufacturer will release the Asha 502 (codenamed Nokia Pegasus) and the Asha 503 (codenamed Nokia Lanai). Although details regarding the formal launch of both these handsets are be made official, speculations suggest that both the new Asha feature phones will be released by the end of 2013. Other technical details for the devices include:

Nokia's Asha 502 is also said to be much thinner and lighter in comparison to its predecessor, the Asha 501.

Along with the key tech-specs, both the Asha devices are also expected to come preloaded with Nokia-exclusive camera apps, and the Nokia SLAM feature. However, these devices are yet to become official at this stage, and pricing it right for India buyers will be the key to its success.