The device is expected to heat up the mid-range segment. 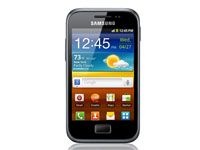 Samsung has announced the GALAXY Ace Plus, which is a successor of the popular GALAXY Ace. The phone's design hasn't changed much, however there are several upgrades under the hood.

The handset will come preinstalled with the ChatON messaging service, which is Samsung's version of BBM. The device will include a black-list feature to get rid of unwanted callers. Additionally, for those who want to edit Office documents on the go, ThinkFree will be your friend.

The Ace Plus will first hit the markets in Russia. Later, it will be made available to Europe, Latin America, and Asia. There's no word on its pricing as of now, but it is expected to fall in the mid-range segment.