Could feature a 4.5” screen, dual-core processor, and 8 megapixel camera. 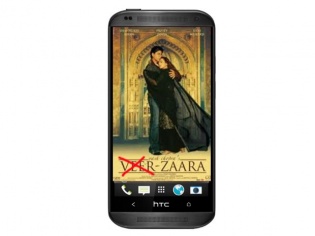 The infamous @evleaks has done it again. The guy behind this Twitter handle has now leaked the press image of HTC’s upcoming handset called Zara. Going by the picture, it seems to be a mid-range Android handset. Similar to the recently released Desire 600, the Zara also features front-facing speakers and Beats Audio branding. Keeping up with the company’s recent trend, the phone sports only two capacitive keys, Home and Back. Although the dedicated Multitasking Key has been omitted, you can access the list of recent apps by tapping the Home button twice.

According to @evleaks, the phone will be powered by a dual-core Snapdragon MSM8930 chipset. Screen size is 4.5” with pixel dimensions of 540x960 pixels. You can expect an 8 megapixel snapper for photography. Apart from that, you get 1 GB of RAM, 8 GB internal storage, microSD card slot, and 2100 mAh battery. On the software front, it’s expected to come loaded with the latest Android 4.3 (Jelly Bean) with Sense 5.5.

The HTC Zara is expected to go official in 4th quarter of this year. Although there’s no word on its pricing, I guess it would be around Rs 20,000. What nobody can tell right now is that whether the Zara ships with an accessory called Veer. Sorry!