The smartphone will debut at the World Mobile Congress in February this year. 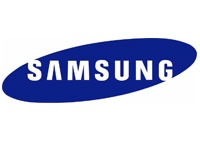 Samsung may soon be launching the Samsung Galaxy S III, in Australia after it debuts at the World Mobile Congress in February, 2012. Going by the response for its predecessor, the S III is widely considered to be one of the most awaited phones for 2012.

The Smartphone is rumoured to ship with a 720p Super AMOLED display, quad-core Exynos processor. It's said to release preinstalled with Android 4.0 (Ice Cream Sandwich). Apart from getting two more cores under the hood, the quad-core Exynos will be complemented by 2 GB RAM. The phone will come with a TouchWiz, Samsung's customised Android UI and 3D video playback functionality as well.