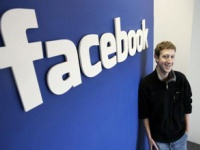 Building an error-free software is not easy, and when it is of the size of Facebook, there will be some kinks that the developers don't catch. For this reason, software companies have started 'bug bounty' programs, where you are paid to report bugs and vulnerabilities in a software/website.

RT News reports that a Palestinian researcher, Khalil, had reported a serious bug that lets users to post anything on anyone's Facebook's wall, even without being a on their friend list. After trying to report the bug twice, the Facebook security team responded: "I am sorry this is not a bug".

Khalil explains in his blog, how he was ignored and he decided to post on Zuckerberg's wall. Minutes after the notification on Zuck's wall appeared, a Facebook engineer contacted Khalil for a detailed report, and blocked his account temporarily. The bug bounty program of Facebook entitles Khalil to $500, for reporting a security vulnerability. Now Facebook is denying to pay Khalil his dues, claiming violation of terms of service.