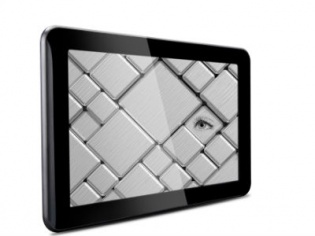 Indian brand iBall, which has been launching quad-core smartphones of late, has now launched a dual-core tablet called iBall Slide i9018 that is priced at Rs 9,990. The iBall Slide i9018 has a 9" touch screen, and its makers claim that the slate is the first ever 9" HD tablet computer in India. Though iBall claims that this tablet has an HD screen, a screen resolution of 1024x600 pixels does not qualify as HD. For a screen to be termed as HD, it needs to have pixel dimensions of 1280x720 at least.

The dual-core offering by iBall comes at a time when almost all major consumer electronics manufacturers are engaged in a battle to release quad-core Android 4.2 tablets (and quad-core smartphones) into the already overcrowded Indian gadget market. While we have no issues with a dual-core processor, at it's price point, it is only fair to expect more.

The key technical elements of the iBall Slide i9018, according to an official press release are:

The 1 GB RAM in the device should be sufficient for Android 4.2 to run smoothly, but with the dual-core processor coming into the picture, the tablet may struggle a bit while crunching CPU intensive apps.