The Nokia Lumia 925 with a metallic body is now available for pre-order in India. The smartphone with a price tag of Rs 34,000, can be booked via online retailer Flipkart. The e-commerce site claims that the hadset will release in the fourth week of August 2013. Unlike the Lumia 920, the 925 doesn't support wireless (induction) charging out of the box. Those who fancy this feature will be required to buy an additional wireless charging shell.

Nokia's Lumia 925 had been launched in May this year, and the smartphone betters Nokia's earlier flagship, the Lumia 920, in terms of design. Nokia Lumia 925 runs Windows Phone 8, and comes with an 8.7 MP rear camera. The Lumia 925 has the following key technical specifications:

Since the innards are identical to that of the 920, expect the performance to be same. With the Nokia Lumia 925 having made it to India, we can expect other Nokia Lumia smartphones including the Lumia 625 and the recently-unveiled Lumia 1020 hit the retail stores in the country. 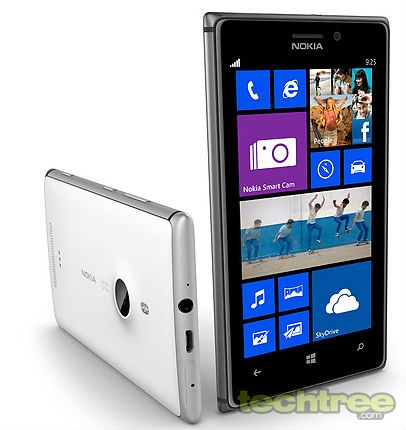