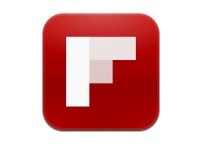 The popular magazine-style smartphone app Flipboard has now made it to the web, and can be viewed from a web browser. The stylish RSS-feed service of sorts now lets you share magazines via emails, Facebook, or Twitter; even with non-Flipboard users. Users can check flip pages and read the magazine without installing any apps, or registering with the service.

On its official blog, the developers suggest that the new service will work with the latest version of popular browsers including IE9+, Safari, Chrome, and Firefox in 11 languages, including English, Japanese, Chinese, French and German.  However, to create and share these magazines, you'll have to rely on the Flipboad app, and a supported smartphone/tablet. Check out the video below to see how the new service works: