Xperia smartphones will get the latest version of Android, starting from March. 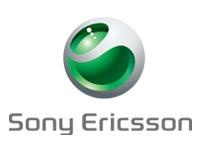 Sony Ericsson (SE) doesn't want to be left out of the Android 4.0 party. Like every other droid manufacturer, it was also working on Ice Cream Sandwich (ICS) roll-out plans. Finally, SE now has a list of ICS-eligible devices, as well as tentative dates for the update. According to the manufacturer's blog post, its current crop of high-end devices will be among the first to taste ICS. It has been made clear that the Xperia arc S, neo V, and ray will receive the update in the last week of March 2012. Later, at the end of April or in early May, SE will start rolling out ICS for the Xperia arc, PLAY, neo, mini, mini pro, pro, and active. Additionally, SE Live with Walkman will also get the latest version of Android.

To make sure users don't miss these updates, the manufacturer will push notifications to all eligible devices, which will contain instructions for downloading the software over-the-air. Additionally, owners will also be provided an option to update using the PC companion software. Those wondering why readying these updates will take so long can click here to read a lengthy explanation provided by the manufacturer.