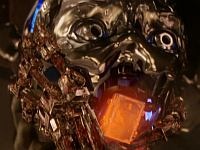 Apple was granted its first fuel cell related patent about six years ago. It involved the use of Liquidmetal as a catalyst for isolating hydrogen to produce electricity. Looks like the infamous patent pusher hasn't given up on fuel cell technology yet, as it has filed a fresh patent focusing on hydrogen fuel cells.

The patent applications reveal little of exactly how or where the fuel cell will be implemented. The description and diagrams submitted by Apple detail implementations with the capability to recharge a smaller battery, as well as get refuelled by it. Unlike vehicular hydrogen cells, sealed implementations for consumer electronics cannot be refuelled easily. Therefore, such cells have to be regenerated by using the batteries to reverse the chemical process. When perfected, this technology may be used in Apple's future devices to deliver unprecedented battery life.

The documents talk of fuel cells that "can potentially enable continued operation of portable electronic devices for days or even weeks without refuelling". While the idea may sound utopian, many others have been working on such solutions for years without success. The heat generated by these devices makes hydrogen or methanol-based fuel cells highly volatile. Also, since water is a common byproduct of the process, fuel cells require water outlets. When employed in portable devices, this would cause users to wet their pants, so to speak.

Whether or not Apple will succeed where others have failed remains to be seen. However, knowing its predilection for patent trolling, the implications of this user comment, excerpted below, are interesting:


"Sounds to me like this patent is vaporware whose main function is to sue whoever actually builds this hydrogen fuel cell computer in the future".