Various details about the Nokia Lumia 1020 have surfaced, that hint at the smartphone following the latest technical standards. A report published in Windows Phone Central states that users can expect the Optical Image Stabilization (OIS) technology in the Lumia 1020, unlike its predecessor Nokia's Pureview 808.

Along with the camera enhancements, 2GB RAM is also expected to feature in the Lumia 1020 which not only means faster instruction indexing, but also support for high-end games. Slapping on 2GB of RAM is the first for Nokia. The Nokia Lumia 1020 will also reportedly feature the NFC support, along with an optional enhancement for wireless charging.

A know-how of the already known facts about the Nokia Lumia 1020:
"...Lumia 1020 will come with a 41MP camera sensor, and the device is from AT&T for the US market and interestingly has "Nokia Pro Cam" app inbuilt for its Pureview 808 like 41 MP snapper. Nokia Lumia 1020 is rumoured to have a Xenon flash, polycarbonate body with a 4.5" 720p AMOLED display, Qualcomm Snapdragon processor and its internal storage wil be restricted to 32 GB which means that there will be no microSD card slot for further expansion", as previously stated.

The Nokia Lumia 1020 is said to initially hit retail stores in the United States, India launch yet to be confirmed. The smartphone is also slated to have the FM Radio functionality with the Amber update built-in. 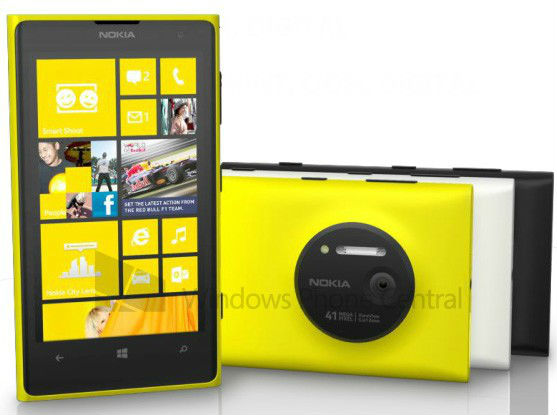