Claims apology was lost in translation; was meant for customers who couldn't connect to the technical help lines. 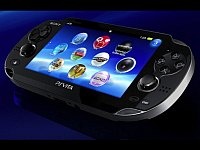 The Japanese launch of Sony's PS Vita last Saturday has been a mixed bag with 325,000 units sold over the weeend. That's 65% sell-through of the estimated 500,000 retail units shipped on launch day. Although these figures are worse than the 371,000 units sold of the Nintendo 3DS on launch, which wasn't considered to be a success by a long shot, but Sony has bigger problems to contend. The problems being the bad press thanks to the western media picking up a translated apology from the Japanese console maker reportedly regarding the widespread bugs affecting the handheld console.

However, SCE UK PR boss David Wilson has deemed these stories fake. The spokesperson has denied the presence of mass glitches reported to have affected many PS Vitas with unresponsive touchscreens and total system unresponsiveness. "The PS Vita has had a terrific launch and sold in large numbers. We re annoyed with these stories, because we can't find any evidence of widespread glitches", countered Wilson.

Apparently, the Sony Japan webpage apologised to the readers who couldn't get through to the technical helplines and not for the hardware issues at launch, as it had been reported widely. "The stories even said that Sony has issued an apology for PS Vita glitches, which simply isn't true there s an apology on our Japanese website for people who are having trouble getting through to our technical help line, but that's it. And there's a page showing standard procedures for powering the PS Vita on and off, which has been on our site since before the launch, which has been presented in some news stories as a means of solving the alleged glitches", explained Wilson.

In all fairness, our Japanese is a bit rusty to make any sense of the said apology issued by Sony Japan. However, that still doesn't explain the many Youtube videos posted by disgruntled PS Vita owners shortly after launch. On the bright side though, Sony has already issued a software update to iron out the bugs, which ironically aren't supposed to exist according to the SCE spokesperson.