National Roaming To Become At Least 30% Cheaper From 1st July 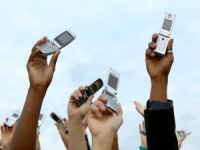 Addressing the free roaming recommendations made by the National Telecom Policy 2012, TRAI has said that it is impractical to follow such a policy because of costs involved in national roaming. It cited practical problems with the idea, because if implemented, telecom operators will not be able to recover their interconnect costs from roamers. If such a policy is forced, then the telecom operators will be forced to transfer the cost to all consumers, which will include mostly those who don't use the facility.

TRAI has therefore found another way of addressing the issue of free roaming: With STVs and Combo Vouchers (CVs) for national roaming tariffs. Additionally, telecom operators have been asked to provide at least two types of plans for roamers by which they can avail partial or completely free national roaming, by paying a fixed amount. This looks like a win-win situation for subscribers who roam and also for those who don't and should pave the way for free national roaming in the future. It is worth noting that 3G roaming is still illegal according to a diktat of the Department of Telecommunications (DOT), we can only hope that it is also made free in the next NPT. However, before that is done, we expect that TRAI does something to make 3G more affordable in the first place.