Partners with starsports.com to offer live streaming of cricket matches, to its 3G subscribers for Rs 301. 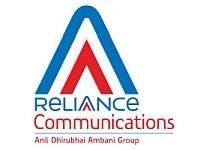 Indian telecom service provider Reliance Communications announced a partnership with Star Sports to offer unlimited live streaming of all ICC Champions Trophy 2013 cricket matches for its 3G and prepaid GSM customers in India. With this partnership, Reliance customers can now avail unlimited live streaming of all the ICC Champions Trophy 2013 matches on their Smartphones by subscribing to a tournament pass of Rs 301 (one-time fee) which will help them to access all the matches of the ongoing tournament without paying any additional data consumption charges.

Upon subscribing to the Rs 301 pack, customers would be provided with a tournament access code that can be used for one time registration of online live stream access at m.starsports.com as well, and view unlimited live streaming access at no additional data charges.

Commenting on this partnership, Nilanjan Mukherjee, Chief Revenue Officer, Reliance Communications Limited said, "We are delighted to offer the first of its kind seamless experience of unlimited live streaming of all ICC Champions Trophy."

Added Vijay Rajput, Chief Operating Officer, ESPN Software India Private Limited, "We are excited about our partnership with Reliance. We have launched starsports.com with the aspiration to create the most compelling sports experience in India. And we are eager for Reliance's customers to have access to an outstanding live video experience."