The Taiwanese manufacturer may not be able to sell Android devices in the US. 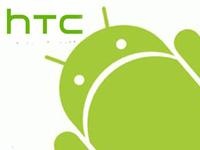 The US International Trade Commission (ITC) has ruled in favour of Apple, who had accused HTC of infringing upon its patents. If the decision isn't vetoed in the next 60 days, the Taiwanese manufacturer will be banned from importing and selling its Android devices in the USA.

According to the complaint, HTC's Android offerings infringe upon at least two Apple patents. One of such patent covers the process of automatic detection and conversion of phone numbers and URLs contained within text messages into hyperlinks. The patent itself is very complicated, and that's the easiest explanation I could come up with. Interestingly, the feature in question isn't an HTC specific customisation. It has been a part of the stock Android OS since the Cupcake. It is therefore likely that the Cupertino-based company will sue many more Android OEMs in the future.

The ban will be enforced from 19th April, 2012. In the meantime, HTC will be allowed to import its Android products until 19th Dec, 2013 for warranty replacement commitments. Let's hope HTC will soon find a way to overcome this legal hurdle in the coming months.