Spread through messages, it's been thriving for six years. 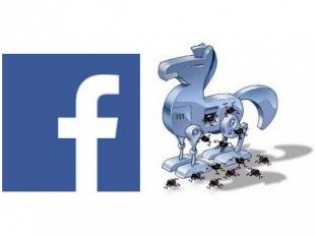 Facebook users have something to worry about as the social network has been affected by a Trojan horse named Zeus, as per Symantec, which identifies it as Trojan.Zbot. This virus is known to drain bank accounts and the bad thing is that it has been thriving on FB since the past six years. Zeus propagates through phishing messages that originate from an account that has been phished. Such a phished account will then start automatically sending messages to friends with links to ads telling them to check out a video or product. Of course, you should not click as doing so will get your account phished as well.

The virus lays in wait on the infected computer and springs into action once it detects an online banking transaction in progress. It then stores the user's login and password, which is then used by its creator to empty your bank account. Apparently, this has been managed by a group of cybercriminals known as Russian Business Network who are also involved in child pornography, identity theft, and other illegal activities. The virus was first discovered in 2007 and unfortunately is still going strong. Facebook has been aware of the issue but seems to have done little to get rid of Zeus, as per Eric Feinberg of Fans Against Kounterfeit Enterprise (FAKE).

As per its geographical distribution, the virus has badly affected USA and UK, and has moderately affected India, Russia, Canada, and France. Countries such as Australia, Brazil, Argentina, Chile, South Africa, Saudi Arabia, Pakistan, Indonesia, and a few more European and South-East Asian countries are less affected. You can check out the map below: