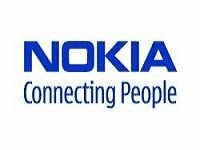 The Nokia N8 was widely successful when it broke cover last year. Evidently, it is still the best camera phone around and easily replaces a point and shoot camera. Having said that, besides the camera, the N8 doesn't have much to brag about. The operating system is almost nearing its end (hopefully not) and other aspects of the handset have nothing to write home about. Well, Nokia has set its foot into Windows Phone 7 now, rendering operating systems such as Symbian and MeeGo utterly helpless. However, unlike MeeGo, Symbian still has a bit of a fight left in it. With Symbian Belle, we've seen a lot of improvements over the Symbian^3 OS which broke cover last year.

Now, Pocketnow has accessed a user manual for an alleged future Nokia device called the Nokia 803. The interesting part however is that, the source suggests that this device could be the successor to the Nokia N8. The sketch does give us a hint of that.

There is little information about this new camera oriented phone, but rumors are pointing towards a camera sensor better than the one on the N8. It is believed that a 1 GHz single core CPU will be onboard with 512 MB of RAM, along with features such as HDMI, NFC etc. The 3.5" display is said to be retained for the new Nokia 803 but it will be WVGA (480 x 800) this time. Well, looking at the alleged sketch of the new device, one can say that it certainly doesn't look like a flagship product. Given how thick the device is and that the front portion of the device is rather simple, there is substantial amount of doubts in our mind. It therefore might be a wee bit early to comment on the authenticity of the info. The handset is rumored to break cover at the MWC 2012 in Barcelona. We expect Nokia to shed more light on this alleged new camera phone in February.