Breaks out on iOS and Android. 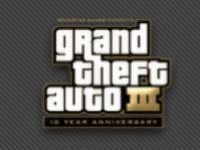 Released in the year 2001, Grand Theft Auto III went on to become one of the most successful open-world games. Ten years on, Rockstar Games has now brought it to the iOS and Android mobile platforms. For those who don't like on-screen controls, the game also supports select gamepads on Android devices.

The game is compatible with the iPads, iPod Touch 4G, and iPhone 4. In the Android camp, it claims to be supported by dual-core mobiles and tablets. However, an Ice Cream Sandwich version hasn't been released as of yet.

Rockstar is charging around Rs 270 for a ticket to Liberty City. The iOS version of the game is approximately 462 MB, and can be purchased by clicking this link. Android users can follow this link to download the game.