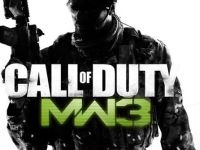 Activision has announced that Modern Warfare 3 (MW3) has reached the $1 billion sales figure in 16 days. This makes it the only video game to break the record of 2009's blockbuster film Avatar, which took 17 days to gross the same amount.

Reportedly, more than 30 million people have bought the Call of Duty (COD) games. What's more, over six million people have registered for the Call of Duty ELITE online service since its debut on 8th November. This number includes more than one million premium accounts. Little wonder then that the publisher hasn't missed the opportunity to compare COD with other franchises such as Star Wars, Harry Potter, and The Lord of the Rings.

MW3 is not the only COD game to reach the 1 billion mark. However, it's the fastest one to do so. Additionally, it also holds the record of $400 million in sales in its first 24 hours. It's interesting to see how games are becoming mainstream enough to start breaking the records of Hollywood flicks.