The feature has been integrated into Facebook Messenger, and is available for download from Google Play for free. 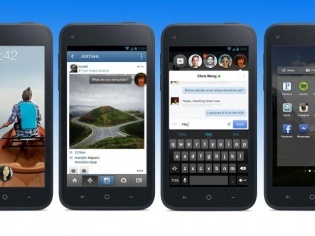 With Chat Head Stickers, users will now be able to send stickers instantaneously with just a tap of the Chat Head smiley. However, users can use Stickers only while they indulge in Facebook chatting, the feature will not work while sending text messages. Besides Chat Head Stickers, Facebook Messenger for Android has also been updated with bug fixes and performance enhancements.

The main features that Facebook Messenger now adds, for users of Android 2.2 Froyo and above are:

Stickers are emoticons that users can add to express their emotions while chatting with friends. Stickers feature a set of large and small smileys that can be downloaded for free. Stickers can be used just by tapping the smiley icon, to add them to messages. The difference between Stickers and normal smileys is that the former are larger and are placed beside the message to which they are stuck, rather than within the text itself. Also, FB seems to have planned to monetize its user base by offering some stickers for free, while charging for a purchase of the rest from the Sticker Store.