Home » Software » Microsoft To Bring Back "Start" Button In Windows 8.1

Microsoft To Bring Back "Start" Button In Windows 8.1

Windows 8 users had expressed anguish over the doing away with the Start button in Windows 8. 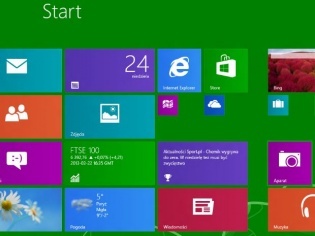 A lacklustre Windows 8 performance, coupled with steep PC shipment decline, Microsoft seems to looking at capturing the PC market yet again. By the looks of things, in the next Windows 8 iteration, MS will be bringing back the iconic "START" button. A report on TheVerge.com states that Windows 8.1 will sport the Start button, with a catch: It will provide access to the Start Screen of Windows 8.1, and not to the Start Menu. However, The Verge also adds that users of Microsoft's next Windows 8 iteration would be provided with the option of booting to the traditional desktop, if they want to avoid the Metro Start screen at login. While the "Start" button does not seem to be of much importance, the boot to desktop could please users as it will bring back the traditional feel associated with older Microsoft's OSes.

Microsoft's Windows 8 OS finally released last year, after several Preview versions disappointed a considerable chunk of users for a variety of reasons. That being said, the Windows Store is one aspect striking aspect of new OS. Its Other notable features include Quick Boot time, enhanced search, and Live Syncing.