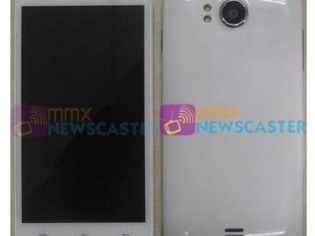 Micromax seems to be preparing to launch a new smartphone – Canvas A111. According to a tweet by @MMXNewscaster, the device will run Android 4.1 (Jelly Bean) and will be powered by a quad-core CPU. MMX seems to be an abbreviation for Micromax and this could be an insider who might have been tasked by the company to hype upcoming handsets. A distinguishing feature seems to be its 5.3" 3D touchscreen with qHD pixel dimensions.

While it is not mentioned what type of 3D this will be, it is likely to be auto-stereoscopic, like the HTC Evo 3D. An 8 MP rear camera with LED flash and a 1.2 MP front camera are also mentioned. Here is what we know about the specifications so far:

MMX Newscaster has also posted a few purportedly leaked photos of the externals and internals of the phone that show dual-SIM slots and microSD card slot. Dual LED flash can be seen beside the rear camera, which still protrudes out from the rest of the casing. The white casing with a glossy finish doesn't look anything out of the ordinary. Going by the specs, the 512 MB of RAM seems to be the main bottleneck, while the 2100 mAh battery should get swiftly sapped of its juices by the power-hungry combination of quad-core CPU, 3D graphics accelerator, and large 3D screen. The device is expected to be launched soon with an expected price tag of Rs 15,000. 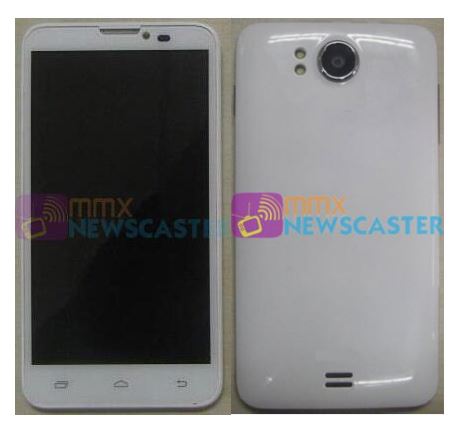 Front and rear view of the A111 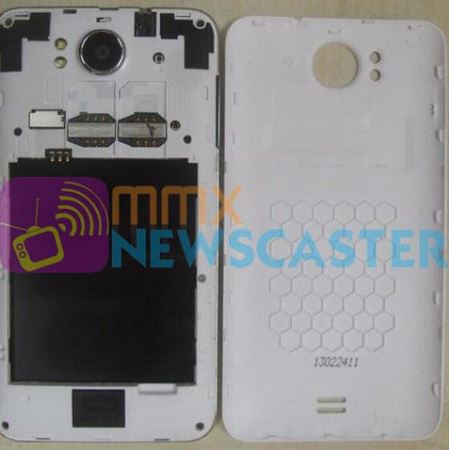