The mid-range smartphone is up for pre-order in the US for $450. 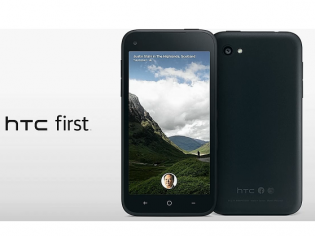 After announcing the new Facebook Home skin for Android, HTC has announced the first smartphone that will feature the UI out of the box. As many already know, Facebook Home gives users direct access to Facebook right from the homescreens. Users can also chat from their home screens without having to launch specific chat applications.

Dubbed as HTC First, CNET reports that the HTC First will sport a 4.3" display, will be LTE enabled, and and run Android 4.1 (Jelly Bean) out of the box. Other tech specs include:

The HTC First is now up for pre-order in the US for $450 (without contract) (approx Rs 25,000). Its global pricing and availability details haven't been made public yet. The handset will be available in white, red, light blue, and black.