You can now make your Google+ profile photo more appealing, if animating it is what you wanted.

Google+ users can now use animated GIFs as their profile photos. With Google announcing the move in a Google+ post, users can make their profile pics more appealing, adding value by showcasing their real personality. Google says that animated Gifs for Google+ profiles are compatible over desktop and mobile device variants. 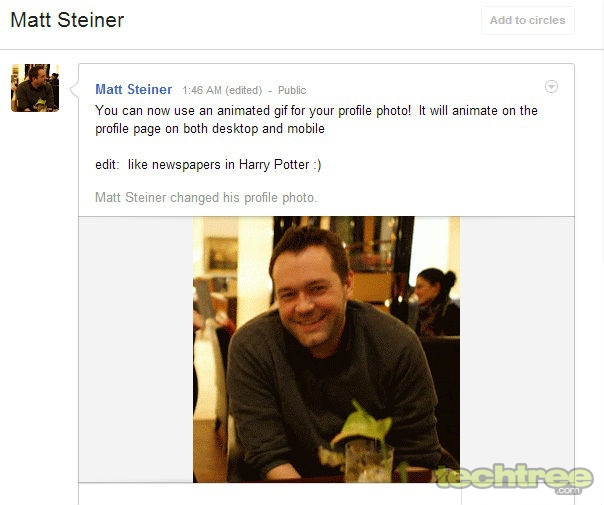 This move by the company comes after it decided to offer filtering for only Animated Gif in its image search. The tweak provides users with multiple animations related to their search, from multiple sources. The internet giant has been on a revamp spree as of late, in a bid to compete with social networking giant Facebook. Since Google+ has also been making inroads into the social networking arena, the latest tweak by Google could catapult it further ahead in the race.

Animated Gifs seem to be the in-thing this season, as various social networking sites are busy drawing-in users with emphasis on image/graphical content. Tumblr is one social network that supports animated Gifs in Photo posts. However, micro-blogging site Twitter wasn't too keen on animated Gifs, as it shied away from animated user profile pics; but then came up with Vine for 6-second video clips.

Animated Gif support in Google+ profile pics is being rolled out globally, although the tweak is yet to reach Google+ mobile apps.