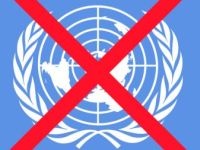 Remember TeaMp0isioN? Yes, the hacker group that came into the limelight for sinking LulzSec's boat. Well, they are back in the news, and surprisingly their target is none other than the United Nations. The hacker group claims that the reason for the attack is that the UN is corrupt, which doesn't come as a surprise to me.

The group has stolen hundreds of usernames and passwords of people working for the United Nations Development Program (UNDP), Organization for Economic Cooperation and Development (OECD), The United Nations Children's Fund (UNICEF), and the World Health Organization (WHO), and published them online. The team was courteous enough to reveal that some accounts actually had blank passwords.

Reports suggests that the hackers exploited vulnerabilities in the UNDP's website to access the details. Interestingly, the group along with Anonymous had posted a warning message against financial establishments just two days ago.