iPhones Are So Hot...

...that one even managed to set itself afire. 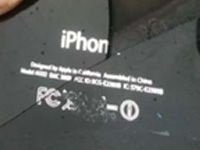 We have been hearing stories of exploding phones for quite a while now. The usual suspect in these cases has always been a poorly manufactured battery (usually of a no-name Chinese make). However, what happened in Australia's Regional Express flight ZL 319 was totally unexpected.

According to the airline staff, a passenger's iPhone 4 began emitting a red glow and smoke after the flight had landed. The flight attendants extinguished the fire immediately. Fortunately, no one onboard was injured. The burnt phone has been handed over to the Australian Transport Safety Bureau (ATSB) for analysis. Although the reason behind this fire is unknown as of now, I won't mind pointing a finger at its Lithium-ion polymer battery.

While many people are waiting for the phone's owner to shed more light on the incident, our team seems to have successfully interrogated Siri.

The actual iPhone in question is seen on the left.