BB10 Devices Will Not Support 4G Connections In India

Will not support the TD-LTE technology standard which is being used in India. 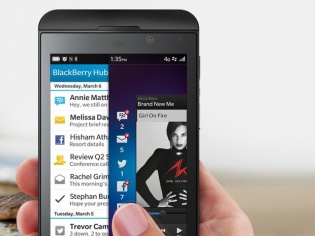 Users of 4G connections in India are in for a disappointment if they have been waiting for the newly announced BlackBerry 10 devices. According to a report on telecomlead.com, the BlackBerry Z10 and Q10 smartphones do not support the TD-LTE technology standard which is being used in India to deploy 4G connections.

A note about 4G standards: WiMAX and LTE are the two types of 4G connection standards available commercially, of which LTE has seen a much wider adoption. In India we use the cheaper TD-LTE standard developed in China (which is one of the variants of LTE, the other being FD-LTE). TD-LTE uses a spectrum which is more widely available and thus cheaper. Moreover, TD-LTE provides only one stream for both Uplink and Downlink, whereas other LTE standards provide a separate stream for each.

In India, data capped 3G connections are relatively expensive and people think twice before signing up for it. Considering that 4G services are costlier, one wonders if 4G is a moot point for most users currently.