Won't be long before it overshadows Apple's 250 million mark. 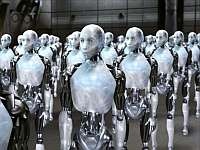 It's no secret that Google's Android platform is very popular amongst smartphone and tablet users. However, that still doesn't prepare one for the stupendous rate at which it has been growing. During the Google Music live event, the company revealed that a mind-bending 200 million Android devices have been activated to date. This number is all the more impressive considering that the web search major had pegged this number at 100 million during the Google I/O event in May this year. That's a 100% growth in a little over six months. This feat is thanks to a whopping 550,000 Androids being activated every day.

Google's all-encompassing platform is snapping at the heels of Apple's 250 million total activations. At this rate, it won't be long before the collective might of the Androids finally overshadows the original poster boy of touchscreen devices. While the authenticity of such figures is always open to conjecture, let's not forget that Android devices force users to tether them to their Gmail accounts, making Google's numbers more believable.