We learnt early this morning that this rumour is just that - a rumour, and that the claims made in the 'leak' do not hold water. 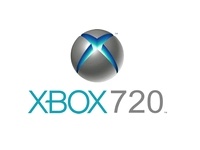 [Update: We learnt early this morning that this rumour is just that - a rumour, and that the claims made in the 'leak' do not hold water.

A note to TechTree readers: Recently, TechTree adopted a policy by which any story that is a rumour and the facts of which are not verifiable at the time of publication, will be marked clearly as a 'Rumour' in the title. Also, TechTree would refrain from passing judgments based on the claims in the rumour]

Rumours, leaks, model pictures and just about everything has been featuring on the internet for quite a few months now about the next generation consoles, both from Microsoft and Sony. Now an exclusive block diagram and technical details of the next Xbox, dubbed as 'Durango', has been revealed by VGLeaks.

The leaks suggests some serious hardware is on its way by Microsoft this time that will last the life cycle of the Xbox 360, which has survived since 2005. By the look on the spec sheet, it seems we can also expect the next generation Kinect to debut sooner after the unveiling of the new platform. The device would pack in an octa-core 1.6 GHz processor based on x64 Architecture with 8 GB DDR3 RAM and 32 MB SRAM. It will also feature a 50 GB 6x Blu-ray Disc Drive.

Here's a detailed look at the specification sheet:

With rumours and reports of the next Xbox to be announced at E3 2013 and Sony waiting for Microsoft to make it's move first, this could be an interesting year for gamers. Here's a block diagram of the Durango system: