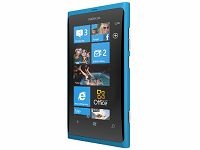 People have been rather excited after the recent announcement of two new Windows Phone devices under the Lumia series by Nokia in October. These included the Indian fans too, where the Finnish mobile maker has a nice chunk of market share even today. The company has continued its loyalty towards the Indian customers by announcing the brand new Lumia 800 and Lumia 710 in New Delhi today. These two phones run on Microsoft's updated Windows Phone Mango OS also known as Windows Phone 7.5. It has been confirmed that these two smartphones will be available in the country by mid-December. Sadly though, these handsets are priced heftily with the Lumia 800 said to be priced at Rs 29,000, while the 710 is believed to cost Rs 19,000. The Lumia 800 and 710 feature the same 3.7" display but with different screen technologies. The 800 features a relatively superior AMOLED, Nokia ClearBlack display. Even though the screen dimensions are similar between the two handsets there are quite a few differences.

The Lumia 800 is the obvious flagship here, which is evident not only from the specs, but also from the design of the handset. The handset borrows its design heavily from the Nokia N9, which features a very unique design and form factor. However, unlike the N9, the Lumia 800 has three touch sensitive buttons on the front. Moving on to the specs of the device, the Lumia 800 features an 8 MP camera with Carl-Zeiss optics which promises top notch pictures and 720p video recording. The handset also features a 1.4 GHz single core Scorpion (Qualcomm) processor, which is shared with the Lumia 710 as well. The handset also has a 3D graphics hardware accelerator, which should handle games pretty easily. The Lumia 800 will come with 16 GB of on-board storage (with 25 GB of SkyDrive storage), there's no card slot for memory expansion though.

The Lumia 710, however, is a silent killer with a very simplistic design, reminiscent of the current lot of Symbian Belle handsets. The handset features a relatively smaller 5 MP camera sensor (capable of 720p video recording), while the processor and the graphics accelerators are exactly the same as the 800. The Nokia 710 will come with 4 interchangeable back panels dressed up in White, Black, Fuchsia, and Cyan colors. The Lumia 710 comes with only 8 GB of built-in storage with no card slot like its sibling. The Lumia 710 also comes with 25 GB of free SkyDrive storage.

I personally feel that the Lumia 800 is priced a bit on the hefty side, which takes it awfully close to the likes of Samsung Galaxy S II, HTC Sensation and other dual core droids. Though we can't argue with the fluidity of Microsoft's Windows Phone 7.5 OS, the pricing seems a bit over the top. The 710 however is decently priced at Rs 19,000 which gets it close to the likes of Defy Plus and other mid-range droids.