Apple Releases iOS 5.0.1; Does It Fix Anything? | TechTree.com

Apple Releases iOS 5.0.1; Does It Fix Anything?

This update was rolled out to fix the inconsistent battery life of the iPhone 4S as well as other iOS 5 devices. 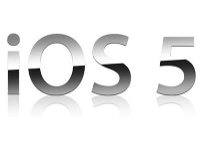 Apple has finally started rolling out the iOS 5.0.1 update. There are quite a few changes coming with this update which is supposed to fix some bugs on iOS 5 devices. The update is applicable to all iOS 5 running devices such as the iPhone 3GS, iPhone 4, iPhone 4S, iPod Touch 3rd and 4th Gen, iPad, and iPad 2.

The best part about this update is that users don't have to plug their iDevice with the USB cable to the computer to download the update. The update is OTA (Over The Air) this time around, so you can do it without connecting to iTunes on your computer. All a user has to do is, go to Settings > General > Software Update, and if there is an update available for your device, you will be notified immediately (given that you're on a Wi-Fi or 3G network) and you can download the update right away.

Apple has introduced Delta updates starting from iOS 5, so only the required changes will be made and the whole system will not be changed like with previous versions of iOS. Also due to the nature of this update, the size is a mere 39.2 MB as against the half a gig with iOS 4 updates. The update takes place fairly easily and doesn't take too much time. Users need to make sure that their device doesn't run out of juice whilst updating, so it is better to fully charge before starting this process or better still, keep it charging.

What's new with the update, you might ask. Well, ever since the iPhone 4S and iOS 5 were rolled out, customers have been complaining about poor battery life. It turns out that the Setting Time Zone feature which came pre-installed with the iOS 5 update, seems to have been the problem. This, along with a couple of other factors were responsible for the inconsistency in battery life. Thankfully, Apple has fixed this with the 5.0.1 update and early Beta testers of the update have mentioned that it does improve battery life considerably.

For iPad users, Apple has added new multi-tasking gestures with the update. The gestures work flawlessly on the iPad with some swiping techniques to switch between apps. Also, a relatively unknown bug related to the storage of documents in the Cloud has also been fixed. The final fix was for the Australian iPhone users complaining about voice recognition; it now correctly recognises the Aussie accent. It is yet to be seen if iOS 5.0.1 actually improves battery life on the 4S and other iOS 5 devices, but a chunk of users are reporting that nothing has changed with the update. We found users voicing their opinions regarding the new update on various forums.

As this issue is (almost) resolved, another bug has shown up, apparently. Well, TNW reports that users have come across a new address book bug, which doesn't display the contact's name when the user receives a text message or a phone call. The users, apparently, can only see the number when they receive calls or messages on their iPhone. This has been spotted on a bunch of iDevices and we're yet to hear more about this from Apple. It seems like the iOS 5 battery saga hasn't ended yet and to make matters worse, a new bug has appeared. We hope Apple fixes this soon.