User data and credit card information may be at risk. 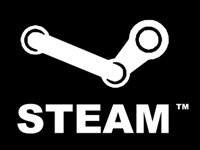 Gabe 'Butter Boy' Newell, Head of Valve Corporation, has revealed details of an attack on the Steam gaming service. The attack targeted the forums as well as the Steam database, and has reportedly put users' credit card numbers and personal information at risk. The security breach is said to have happened on Sunday, 6th November, and Valve is asking its users to watch their credit card activity for unusual activity.

The company claims that the attack itself was not necessarily aimed at the credit card and personal information. However, it was large enough to have the potential to access such information. As a result of the attack, the forums have been temporarily closed for an undisclosed period of time. However, Steam itself is working without a problem.

The upshot of all this is that someone could end up purchasing Battlefield 3 on EA's Origin using your credit card information while you're busy playing Team Fortress 2 online. If you have an Steam account, do follow the safety measures mentioned in this official statement:

...We don't have evidence of credit card misuse at this time. Nonetheless you should watch your credit card activity and statements closely. While we only know of a few forum accounts that have been compromised, all forum users will be required to change their passwords the next time they login. If you have used your Steam forum password on other accounts you should change those passwords as well.