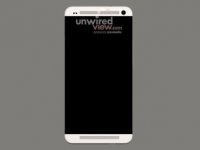 2012 has been a tough year for HTC, but this year the company is hoping to change its fortune with its new flagship smartphone. Dubbed the HTC M7, we had seen some rumours of the handset earlier. Now, with this new leak we have more concrete proof of the smartphone. The new rendered image shows the HTC M7's design, and surprisingly, the brand seems to have done away with the curves flaunted by the HTC One X.

Here are the rumoured specifications of the device:

Another rather unique speculated feature of the HTC M7 is the Infrared emitter, which could mean that your phone can double up as a universal remote control. The HTC M7 is expected to debut at this year's Mobile World Congress (MWC) and is expected to compete directly with Samsung's GALAXY S IV.