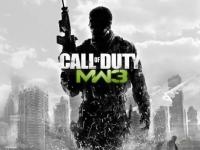 Despite all of Battlefield 3's hype, the Call of Duty madness refuses to die. If the bidding madness over the prematurely sold Modern Warfare 3 (MW3) copies wasn't weird enough, two scary blokes from France have stolen a truckload of the game's shipment.

At 8 AM on Sunday, a car crashed into a van transporting unspecified video game cargo worth 400,000 euros just outside Paris. The two men driving the van were reportedly "sprayed with tear gas" by a pair of masked robbers. Being French, the guards didn't fight back, allowing the criminals to virtually walk - or in this case drive - away with the cargo van. Later, AFP (Agence France Presse) reported that the shipment contained 6000 copies of the latest Call of Duty game.

The status of the stolen copies is unknown at the moment, but they will eventually show up in online shops. Just don't expect these copies to sell for record prices though, as the game's official launch is schedued for today. All said and done, I must admit that pulling a proper black op such as this one is closest to the ethos of the game.