Latest version of the internet browser available ahead of its official release. 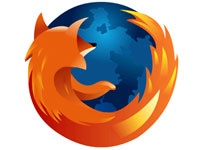 Mozilla's Firefox 8 is expected to release tomorrow. However, sticking to its "tradition" of making it available before the official release, the folks from the company have put the latest version on FTP servers, to be inevitably discovered by geeks. This is your chance to flaunt the new FF8, while the rest of the world is still stuck with the older version.

The new offering promises to be more stable than previous versions. Having said that, the other changes aren't that significant. Here's the list of fixes: