Home » Tablets » PlayBook To Get A Major Update

PlayBook To Get A Major Update | TechTree.com

PlayBook To Get A Major Update

Android App support is on the way. 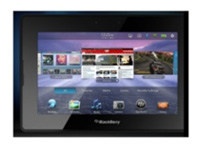 The BlackBerry PlayBook tablet, launched back in April, never had a smooth ride. It was criticized for its buggy firmware and lack of native apps. However, Research In Motion (RIM) is not going HP's way by abandoning its tablet. The company has shown its love towards the PlayBook by announcing an upcoming software update.

The update is expected to address most of the issues found in the BlackBerry Tablet OS (based on QNX Neutrino). It will finally bring the long-awaited native email, contacts, and calendar functionality, which is absent in the current build. The Android App Player will allow the tablet to run Android apps. Additionally, the BlackBerry Video Store will be introduced, which will let users access over 10,000 movies and TV shows, with the ability to stream them via HDMI to your TV.

The update will be showcased at the BlackBerry DevCon event in October, and will be made available shortly thereafter.