Home » Mobiles » Gmail App For iOS Launched And Taken Down

Gmail App For iOS Launched And Taken Down | TechTree.com

Gmail App For iOS Launched And Taken Down

App was taken down from App Store immediately due to a bug with notifications. 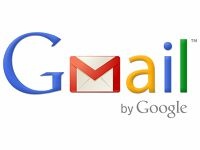 Most of the users have been waiting for a dedicated Gmail application for iOS. Just when it was finally launched yesterday, it didn't take long for it to suddenly disappear from the App Store. The reason being that there was a bug with the notifications system and it is believed that an updated version will go live soon. Speaking about the application itself, it comes with a bunch of neat features, which will easily help you switch over from the stock iOS Mail application. The user interface of the Gmail for iOS app looks a lot like the new Gmail interface which was updated yesterday.

Most of the features such as improved searching, a swipe to refresh gesture (found in most iOS apps) and swipe to check your labels, auto completion of email addresses, and push notifications will make it a pleasant app. Users will also have more control over their labels and folders. The new app certainly couples as an extra mail app for users, but until these tiny bugs are fixed we wouldn't call it perfect. This app requires devices running on iOS 4+ to function properly. The Gmail for iOS app can be downloaded for free like most Google applications. It should take a couple of days for Google to get the app back on the App Store. Unfortunately, we couldn't use the app first hand since it was taken down just a while after being rolled out. Have you managed to get your hands on to the new app? If yes, let us know what you like about it.