Samsung Galaxy S II And Note Will Get ICS 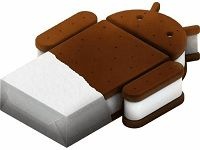 We know how messed up OS update schedules can be if not dealt with in the right way. LG proved that to us by mentioning that the next major update (Android 4.0) will not make way to the Optimus 2X smartphone. Samsung, on the other hand, has now announced a move, which will bring smiles on the faces of the owners of the company's flagship device, the Galaxy S II. Well, the company has said that the handset will receive Android 4.0 as soon as it is ready. Moreover, the yet to be launched Galaxy Note will also receive the update at about the same time. The Galaxy Note will be launched in certain countries this month, therefore, we're looking at an update scheduled somewhere during the first half of 2012. Though that's not early enough for some users, it must be relieving enough to know that Samsung does take care of its customers.

Sadly though, there is no mention of a specific roll out date so we're left guessing. Samsung has not been known for timely updates in the past (ask the Galaxy S owners), but it's a good sign nevertheless to see the company learning from its past errors. Hence, if any of you recently bought a Galaxy S II, you can be assured that your phone will be provided with the latest and greatest version of Android. Hopefully, LG will take some inspiration from Samsung and starts working on an ICS update schedule. I'm sure the users wouldn't mind waiting for a month or two for the update. This is similar to what Sony Ericsson did after the company announced that no updates will be given to the Xperia X10. Shortly after that announcement, the company promised the users an update and today we have a fully functional Gingerbread update for the Xperia X10.