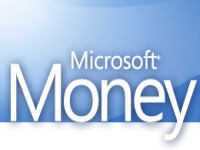 Microsoft has come up with an interesting proposal for increasing the number of foreign tech workers in the US: Use money to coax the government into giving out visas, thus raising the HI-B visa cap.

The company's general counsel, Brad Smith, suggested that US tech companies could pay the government $10,000 for each foreign national they hire under a new H-1B visa program, and $15,000 for each green card that is issued for a tech job. Smith's proposal came 27th September, at a discussion of STEM (science, technology, engineering and mathematics) education in the US.

There are, apparently, six thousand jobs at Microsoft that US citizens aren't able to walk into. These include jobs for programmers and computer scientists. InformationWeek.com quotes Smith: "We are creating unfilled jobs... We have a shortage". He also hinted that Microsoft wasn't the only tech company with this kind of problem: The US economy creates 1,20,000 jobs each year that require science, technology, engineering and mathematics (STEM) skills, but US colleges produce only one-third that number of STEM graduates.

At the CES 2011 in San Francisco, GE CEO Jeffrey Immelt spoke disparagingly about sports therapists: "There's a million and a half engineers graduated in China every year. There's still more sports therapists graduated in the US than electrical engineers. So that's a losing equation. ... I mean, a good massage is still good, but it shouldn't stay that way."

Paying the government for H1-B visas and green cards seems the logical way forward, where everyone wins — except that logic and politics don't go together. At least not close to election time.

I'd say companies are justified in lowering their costs — even when the issue is people — when nothing else in the system compels them to prioritise otherwise. It's part of the globalisation-and-corporation-as-a-person story, isn't it? IMO, it's been quite a few decades since America protected its own interests.
Submitted by RMR on Tue, 02/10/2012 - 11:10

Referring specifically to the H1B: If less than a tenth of a million poor people can wreak such havoc on 300 million people, there must be something fragile about the latter group.
Submitted by RMR on Tue, 02/10/2012 - 11:25

Do you know who Jack Abramoff was? He didnt lobby for Indian nationals you moron but for Native Indians of US... LMAO!! He was lobbying for Native Indian tribes and their casino interests. His wiki has no mention of anything related to H1B visas or getting laws passed to that effect. Source: 1. http://en.wikipedia.org/wiki/Jack_Abramoff 2. http://en.wikipedia.org/wiki/Jack_Abramoff_Indian_lobbying_scandal 3. http://en.wikipedia.org/wiki/Indian_casino "give us a fair chance to compete for jobs in our own country." Your country? Excuse me, did i hear it right? Do you know what US of America was/stood for or who an American is?? It were the White Europeans who colonized the Americas and reduced the Native American Indian tribes to a minority by murdering them and looting their resources. The founding fathers of USA who were themselves immigrants, built it with the blood of immigrants!! Read the US Constitution and the Declaration of Independence and ascertain the facts before blindly copy-pasting some bullshit white propagandist material here. And also, be thankful to Indians (Republic of India), 'coz it werent for us, the Americas wouldnt have been discovered. (Christopher Columbus set out to reach the East Indies (or simply India) by sailing West when he accidentally discovered the Americas. 'Never admitting that he had reached a continent previously unknown to Europeans, rather than the East Indies he had set out for, Columbus called the inhabitants of the lands he visited indios'. LMAO!!) Source: http://en.wikipedia.org/wiki/Christopher_Columbus
Submitted by Vinny the Boo on Wed, 03/10/2012 - 01:24

Is that right? Then why couldnt the qualified American workers themselves solve the Y2K bug issue (their own creation!) and not depend on thousands of Indian and Chinese software programmers to avert the disaster?? Why couldnt a qualified American worker not think about the Y2K date issue when he himself wrote his piece of software code?? Those who cant answer the questions above as fact should be ashamed for perpetuating the white propagandist lie!!
Submitted by Vinny the Boo on Wed, 03/10/2012 - 01:33

Be thankful to Indians (Republic of India), 'coz if it werent for us, the Americas wouldnt have been discovered. Christopher Columbus set out to reach the East Indies (or simply India) by sailing West when he accidentally discovered the Americas. 'Never admitting that he had reached a continent previously unknown to Europeans, rather than the East Indies he had set out for, Columbus called the inhabitants of the lands he visited indios'. LMAO!!) Source: http://en.wikipedia.org/wiki/Christopher_Columbus And the rest is history (and it repeats itself) as they say - the White Europeans destroy the native people of a land and usurp & claim the resources as their own!! American middle class were and always will be the immigrants dude - your forefathers (Europeans) were also immigrants who came to the land of opportunities to make a decent living! And btw, which sane individual will work for a cost lower than the cost of standard of living in the USA?? Indians are not paid less than American citizens and are not brought in 'coz of lower labour cost - they are simply brought in 'coz there isnt enough skilled American workforce. If US companies would really had wanted to employ Indians 'coz of their lower costs, then they would all have simply outsourced all the jobs to India!! Now that again would be a problem for you white hypocrites!! LOL!
Submitted by Vinny the Boo on Wed, 03/10/2012 - 01:58

Which America are you talking about Mr. Bierschwale? Can you describe it? I hope it's not the America which was founded by the blood of immigrants (over the blood of the native American tribes) and many more who toiled in the past and toil even now to realize the American Dream and contribute to the ethos of America envisioned in the Declaration of Independence?
Submitted by Vinny the Boo on Wed, 03/10/2012 - 02:53