This info comes straight from Samsung after Corning reported that the GALAXY Nexus will not feature Gorilla Glass. 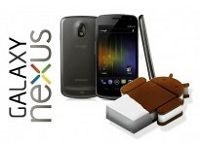 Android 4.0 Ice Cream Sandwich is supposed to bring in a bunch of new features to the Android sphere. That being said, the handset that the new OS was introduced with (GALAXY Nexus) was kind of a disappointment for a couple of reasons. The device was subject to a lot of hype with Google and Samsung delaying the launch so as to garner as much attention as possible after the death of Steve Jobs. Powered by a 1.2 GHz dual core CPU, a 5 MP camera etc, the smartphone wasn't quite what the fans expected because it didn't bring anything new in terms of hardware.

Recently, there was another nail in the coffin when Corning tweeted that the new Google phone will not feature Gorilla Glass for the display. This was a dealbreaker for most Android users since handsets are prone to falls and drops and if they are not protected with Gorilla Glass, they might as well break them.

Now, it has come to light that even though the GALAXY Nexus will not feature Corning's Gorilla Glass, Samsung has taken extra care to protect the handset from accidental drops. Apparently, the device will feature a different type of fortified glass for the display to keep it safe from falls.

Sadly though, the company has failed to mention the specific manufacturer for this new fortified glass, though we are fairly certain that it will not disappoint users. Given the curved shape of the smartphone, it will be less prone to scratches anyways. Even though the camera and the processor are not quite fancy, we can count on Samsung to provide high quality stuff for the new Google branded handset. Hopefully, we will learn more about the new fortified glass in the days to come.