DNS Changer Virus May Kick 2.7 Lakh Users Off The Internet

FBI will pull the plug on DNS redirection on 9th July, which will prevent infected computers from accessing the internet. 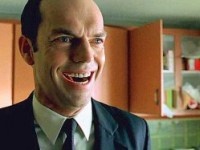 As reported earlier, you may be in for the worst case of the Mondays, if your computer has been infected by malware capable of forcing you off the internet on the 9th of July. The worst part is that in most cases, you may not even be aware of the virus' existence. Dubbed as DNSChanger, the security scourge had infected over 4 million computers last year. It originated as part of an online advertising \ phishing scam, wherein crafty cybercriminals had unleashed a virus that altered the DNS (Domain Name System) settings of infected systems. If that sounds like Bangla and Bhojpuri to you, the DNS is pretty much a phone directory of sorts for PCs on the internet, allowing them to look up IP addresses of websites based on their URLs. DNSChanger would redirect victims to fake websites, despite their entering a legitimate web address.

While the baddies that created the virus have been prosecuted, the FBI has kept their DNS redirection infrastructure operational. No, they aren't in cahoots with the criminals. The US federal authority has maintained the rogue servers for the past several months, because shutting them down will leave the infected systems without any internet connectivity. Nevertheless, the FBI has set 9th July as the date on which it will pull the plug on these DNS servers.

When we first reported this news on TechTree in May, there were over 330,000 infected systems. The number currently stands at an estimated 277,000 computers worldwide, which is an insignificant reduction considering the time elapsed. Use this link to check if your PC has been infected as well. If your Mac or Windows PC has been targeted, you may visit this page that explains how to get rid of the malware.