A Crypto Winter for Indian Traders 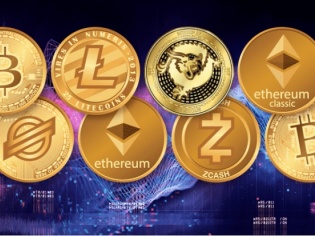 Cryptocurrency traders in India have been on a short fuse. A series of government probes and the overall decline in valuations have caused them to dump Indian crypto exchanges. These have resulted in a massive 90% drop in trading volumes and talks of a large-scale layoff, of which some signs have already become visible.

Does this suggest that India's crypto dream is turning into a nightmare? Experts believe that there is an urgent need for regulatory intervention, failing which Indian exchange may bite the dust in the crypto winter. In other words, the government may have to rethink the 1% TDS on crypto transactions and put off further probes by the Enforcement Directorate.

Media reports following these developments indicated that transactions of the Indian crypto exchanges plummeted with WazirX dropping 90% from $38.9 million since July while BitBns and CoinDCX reporting a 60% decline in volumes from $7 million and $15 million respectively. In conjunction, foreign exchanges reported a spike in downloads over the past two months.

The writing is quite obviously on the wall. Industry experts say the ongoing bear market and the regulatory concerns could lead to foreign players gaining market share from domestic ones. The 1% TDS rule from July 1 and followed by the ED notices on FEMA violations took some of the sheen away, in spite of the fact the agency released funds of WazirX frozen by them.

The fact is that crypto exchanges from overseas have been tapping into the Indian market for over a year now, growing from 17 million users in March 2021 to 90 million a year later. These companies were trading between $10 to $40 million a month since January this year and since the foreign exchanges weren't registered in India, they had no compliance obligations.

The challenge now relates to the government's stance, especially with respect to the ED, the GST and the IT department. On another note, the RBI is also coming up with its own digital currency, which means the local exchanges could once again get propped up, if the government declares a policy framework for trading India's own central bank digital currency.

Maybe, this is why government representatives are postponing a meeting with representatives of the Indian crypto exchanges. For now, we need to see if the domestic crypto traders can live out the upcoming crypto winter and if the government would launch its own CBDC any time soon that can make things a bit warm for the exchanges.