Home » News » Debate: How Should Online Gaming be Taxed?

Debate: How Should Online Gaming be Taxed? | TechTree.com

Debate: How Should Online Gaming be Taxed?

Government wants to charge 28% GST, but industry begs to differ 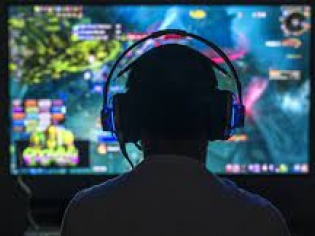 A group of central and state ministers has been deliberating a levy of 28% GST on online gaming, horse racing and casinos. Having first suggested this steep tax, this group now wants to delve deeper into the matter on whether online gaming based on skill should be treated differently from similar ones where chance rules.

Meghalaya chief minister Conrad Sangma heads this group of ministers, which met earlier this week and reached out to its counterpart in the law ministry to understand the legal aspect of such a differential treatment, published media reports have suggested. The decision to take legal opinion came after some online gaming companies cited court rulings in the past that had distinguished games of skill from games of chance.

Following this development, the committee has reportedly sought more time from the government to submit its recommendations. Sources in the know claimed that the question was not one of the amount levied but on the legality of combining games of chance with those where skills are required as a betting business.

Meanwhile, an industry association has batted for coming up with the "right structure" for such taxes that could bring additional revenues to the exchequer. A report jointly released by Assocham and EY, says levying 28% GST on the total entry amount of contests including the prize pool could severely affect the gaming industry.

It said gaming already contributes over Rs.2,200 crore by way of GST and winnings from such online games also attract income tax, both of which contribute significantly to the government revenues. If GST were to be levied on the entire contest entry fees, it would increase the tax burden by 10 to 20 times. Currently, the gaming industry is taxed at the rate of 18% on platform fee and gross gaming revenues.

The report says the proposed 28% GST combined with 30% income tax on the winnings makes the total rate of taxations in excess of 50%. This could result in a sharp decline in online gamers and discourage the industry as a whole. As per latest estimates, there are 500 companies in India that employ hundreds of IT and design professionals and has attracted FDI to the tune of $2.7 billion.

“This sector could also help in facilitating the GoI’s vision for the Animation, Visual Effects, Gaming and Comic (AVGC) sector and encourage the domestic players rather than driving users to foreign companies/ offshore platforms; thereby enhancing government’s revenue collection,” says the report.