Home » News » Did the Govt. Break Into Twitter's Data?

Did the Govt. Break Into Twitter's Data? 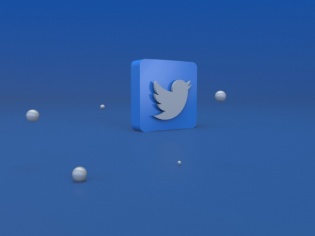 This may look far-fetched but in the days of government-authorized snooping and hegemonistic control over all things digital, a revelation from a former Twitter employee appears plausible, though one still believes it is far from possible.

Published media reports quote Peiter Zatko, a former head of security at Twitter, to suggest that the government had forced the micro-blogging site to hire agents who would have access to vast amounts of sensitive data. He further claims that this happened at the height of protests across the country.

These allegations were part of a report presented by Whistleblower Aid, which represents Zatko and others like him in exposing Twitter's alleged negligence of cybersecurity. The report was filed last month with the US government, with the Federal Trade Commission reportedly in the process of reviewing them.

Zatko goes on to claim that the governments of India, Nigeria and Russia also pressured Twitter to hire more local full-time employees. Such a move indicated that the higher the level of such employees in the hierarchy, the better leverage that governments have with Twitter to comply with their demands, he claimed.

These allegations breaking at a time when Twitter is legally taking up government's content blocking orders seems to be orchestrated. Of course, the company's India Ops claimed that Zatko was fired from his position this January and that most of what he has to offer is a false narrative about the company and its privacy and data security practices.

For now, we can safely assume that Twitter does have a conflict of interest in this report going public though they also seem to be toning things down by claiming that the said employee cannot be taken seriously.