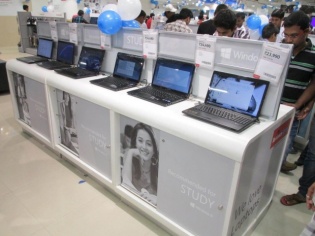 What began as a supply-chain issue during the two years of Covid-19 led lockdowns, is now becoming a pandemic of sorts in the global semiconductor business. Revenues from chip sales are predicted to grow slower at 7.4% in 2022 as against 26.3% a year ago. Gartner says this number is lower than even what they predicted a quarter ago of 13.6% growth.

“Although chip shortages are abating, the global semiconductor market is entering a period of weakness, which will persist through 2023 when semiconductor revenue is projected to decline 2.5%,” says Richard Gordon, Practice VP at Gartner. (Read the full report here)

“We are already seeing weakness in semiconductor end markets, especially those exposed to consumer spending. Rising inflation, taxes and interest rates, together with higher energy and fuel costs, are putting pressure on consumer disposable income. This is affecting spending on electronic products such as PCs and smartphones," the Gartner executive says in a statement.

Overall, global semiconductor revenues in 2022 has been reduced from the previous quarter’s forecast by $36.7 billion, to $639.2 billion, as economic conditions are expected to worsen through the year. Memory demand and pricing have also softened, especially in consumer segments like PCs and smartphones, which will help lead the slowdown in growth.

The Gartner report said the industry is overcoming the challenges of the lockdown fairly quickly now. “The semiconductor market is entering an industry down cycle, which is not new, and has happened many times before,” said Gordon.

"While the consumer space will slow down, semiconductor revenue from the data center market will remain resilient for longer (20% growth in 2022) due to continued cloud infrastructure investment. In addition, the automotive electronics segment will continue to record double-digit growth over the next three years as semiconductor content per vehicle will increase due to the transition to electric and autonomous vehicles,” he added.