Google Street View Resurfaces; MapmyIndia Is Ready for It | TechTree.com

Google Street View Resurfaces; MapmyIndia Is Ready for It 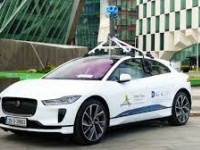 If you are a resident of Delhi NCR, Bengaluru, Hyderabad, Chandigarh, Ahmedabad or Kolkata, Google claims it is making your daily commute easier. The company relaunched its Street View in India, a decade after it was first rolled out and six years after the government had banned it over security concerns.

Google has been collecting street view data since forever. Some of you would have come across these vehicles bearing cameras on top and with a Google logo going around the streets of your city. Well, the result of all this painstaking work is now available to users, though there is an AtmaNirbhar twist already available.

For those of you who may have forgotten about Street View, it is a Google Maps feature that allows users to explore an area through a 360-degree panoramic view containing street-level images of buildings and open spaces. This time Google has partnered with Genesys and Tech Mahindra to relaunch the service that first appeared in 2011.

The company has rolled it out in ten cities now and proposes to add 40 more by the end of the year. What's unique this time round is that Google has actually partnered with third party enterprises for upgrading Street View in the cities. Till date, the company has flown solo while launching in 100 countries with more than 200 billion images in its database.

Google officials said Street View would be available on Google Maps with images that cover more than 150,000 kms of roads. The company claims that this innovation would make it easier for users to journey around their cities by locating the quickest route without actually having to try and squeeze through extremely narrow roads, as was the case in the past.

So what has changed from 2016 when the government had rejected Street View over security concerns? The government had said then that such data could make India's military installations and high security areas vulnerable to attack. However, Google's re-entry into this domain was aided by the government's geospatial policy unveiled last year.

Google officials said the policy allows local entities to do the data collection at a certain level of fidelity which is why this time round Google has got local partners. These entities own the data and can license it to entities like Google which can then integrate it into services like Google Maps. And this is where the AtmaNirbhar ideology could play a role.

However, it appears that Google is already aware of this issue as officials confirmed that the company would be opening up access to Street View API to local developers which will then enable them to integrate their products and services with the mapping experiences.

And this is where MapmyIndia doesn't have any limitations to deal with. The company's Real View Maps works on similar lines as Street View allowing users to virtually explore and interact with a panoramic view of the streets besides showing famous landmarks in the cities. The company calls its primary mapping product Mappls while RealView competes with Street View.