Apple Ad Calls Out the Futility of iPhone Cases | TechTree.com

Apple Ad Calls Out the Futility of iPhone Cases 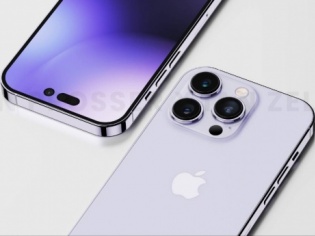 This is a trend that's not as old as the iPhone but definitely old enough. When Steve Jobs launched the first of Apple's handheld devices back in 2007, nobody thought of a plastic case or a protector for its toughened glass exterior. It was only a couple of iterations later - with the iPhone 5 to be precise - that the accessory business hit paydirt.

This trend found an able ally in the form of eCommerce websites such as Amazon that began to immediately associate a phone with a protective cover. More so, with the iPhone given that the cost of that ugly but of rubber shielding was hardly ever more than a fraction of the device cost. Not to mention our unshakable belief that a Rs.250 care can save a Rs.70,000 device!

Though every smartphone reviewer worth their combined processing power has repeatedly stressed on the limited impact of such an accessory when the device has a big fall, people often end up making the investment for two reasons (a) the fear of dropping their iPhone and (b) the belief that the case would protect it.

Now Apple itself appears to have had enough of this joke. Not that its officials, or those of other competing brands, haven't tried in the past. When was the last time you saw an Apple executive or that of the OnePlus wrap their device in a case? Probably never and the reasons are obvious. Now, Apple has taken the next step by coming out with an ad (watch it here).

Just in case you're not convinced, Apple shares this message - "iPhone 13 with Ceramic Shield. Tougher than any smartphone glass. Relax, it's an iPhone."

But, we suggest you stay on the case

All very well for Apple to make the case for its ceramic shield. However, getting a decent protective glass and a cover for the handset does make a difference, even if it be in the matter of feeling comfortable that you've done all that you can to save your costly iPhone or flagship devices from the Android ecosystem.

For, once the glass shatters, the chances are that you would be burning a decent hole in that purse of yours. While most devices have the propensity to hold up when they fall on the sides, the challenge is when they fall on the rounded edges. And this is possibly where that ugly looking rubber shield rices to the occasion.