Whom Does Artificial Intelligence Benefit More? 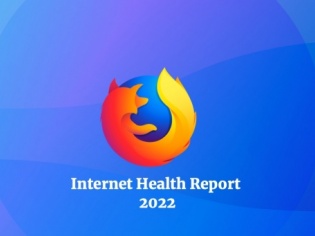 If you thought artificial intelligence (AI) would be the game changing technology that brings economic parity, then think again. A report on the overall health of the Internet claims that the chasm between those who benefit from AI and those who do not is widening at a rate so alarming that it is now the biggest challenge facing the worldwide web.

The 2022 Internet Health Report (download here) prepared by researchers at Mozilla, says AI and automation are becoming powerful tools for the influential people in the world such as technology czars who make millions out of it. However, for the rest of the world including groups rendered vulnerable due to their poor earning capacity, things aren't all that rosy.

Of course, one would be pardoned for questioning the report and its veracity, given that Mozilla is the creator of the Firefox web browser, which has been consistently losing ground to Chrome for some years now. Off late, it's also faced tough competition from Microsoft Edge as well as Safari developed by Apple.

Anyways, even if we were to go beyond this report as a rant, there is enough in there that could cause a few stomachs to churn. The privacy advocate who created Firefox as an option to the data guzzling Internet Explorer once upon a time, says, “In real life, over and over, the harms of AI disproportionately affect people who are not advantaged by global systems of power."

"Amid the global rush to automate, we see grave dangers of discrimination and surveillance. We see an absence of transparency and accountability, and an overreliance on automation for decisions of huge consequence,” says the note prepared by Mozilla researchers. It notes that systems trained with real-world data are revolutionizing computing tasks, there are enough and more challenges in the AI universe.

One glaring example is how machine learning models often reproduce racist and sexist stereotypes because of bias in the data they draw from internet forums, popular culture and photo archives. Mozilla believes that big companies aren't transparent about how they use personal data in the algorithms that recommend social media posts, products and purchases.

Further, recommendation systems can be manipulated to show propaganda or other harmful content. In a Mozilla study of YouTube, algorithmic recommendations were responsible for showing people 71% of the videos they said they regretted watching.

“The centralisation of influence and control over AI doesn’t work to the advantage of the majority of people,” Solana Larsen, Mozilla’s Internet Health Report Editor said in the report. The purpose is to “strengthen technology ecosystems beyond the realm of big tech and venture capital startups if we want to unlock the full potential of trustworthy AI,” she said.